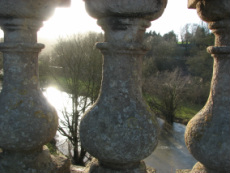 Alan Dodge has written an important local history
Freshford – History of a Somerset Village, Alan Dodge, 2000. It has now been reprinted. Alan has also produced a series of walking guide leaflets that give information on local history along the walks. These are sold in our local village shop The Galleries.


Alan is also the author of an important article called  'The Nature and Character of the village'. This article was originally prepared for the Freshford Parish Plan in 2008 and remains highly relevant.

If you want to know more about the history of our local area, why not check the activities listings for the Freshford and District Local History Society here.

The following is from the www.bathnes.gov.uk web site
"The Purpose of the Appraisal"
Freshford and Sharpstone were recognised as having special architectural and historic interest and were designated as Conservation Areas in November 1975.

The Council has a duty to preserve and enhance the character and appearance of Conservation Areas, and to periodically reappraise the boundaries.  This appraisal will be a material consideration in the determination of planning applications.

'Conservation Area Appraisals' give an overview of the history and development of an area and try to define what it is that makes them special. They also identify specific features which contribute towards their character, for example historic buildings, open spaces, significant views, natural elements and features which help make an area locally distinct. They may even include intangible qualities such as activities, sights and smells which are characteristic of a place. The documents also identify elements that could be improved."

Freshford and Sharpstone: summary of special interestYou can download the full report here

Bath in Time is an important local source of photos. Search for Limpley Stoke or Freshford. Please also consider allowing your own historical pictures to be recorded by this important local history site! This way they are available for all in the community to view and held safe for future generations.