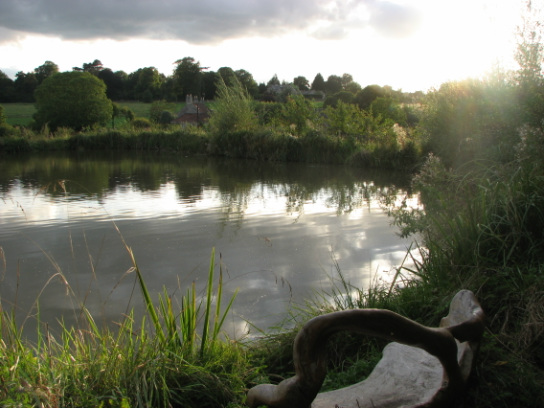 Wiltshire County Council have an introductory overiew of Wiltshire rivers and issues relating to their biodiversity.

"The canals and rivers of England and Wales might have been built by humans, to serve the needs of trade and industry, but over the years they have become a haven for nature."
- The Canal and River Trust

The Canal and River Trust have a fantastic website where you can find nature hotspots, wildlife to look out for, stories and pictures shared by nature enthusiasts from along the waterways of England and Wales. 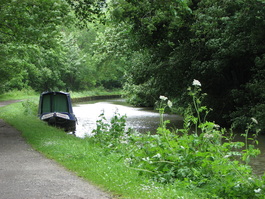 The principal river system in the area is the Avon which is joined by the Frome and other smaller tributaries. The river enters the area from the south-east corner at Freshford and flows northwards. The Avon can be crossed at Limpley Stoke.

The Kennet and Avon Canal runs parallel to the River Avon from Freshford where it enters the area and continues through to join the River Avon at Widcombe.

Flooding
Fluvial flooding is brought about by the narrowing of the River Avon (Bristol) as it flows through the confined river valley.  The West Wiltshire District Council Level 1 Strategic Flood Risk Assessment (SFRA), and the B&NES Level 1 SFRA identifies areas that are at risk of flooding. Within the plan area a functional floodplain is identified - defined as land where water has to flow or be stored in times of flood. 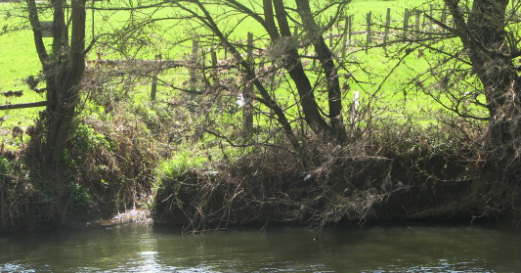 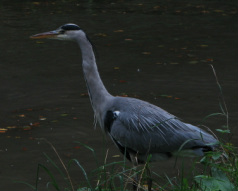 Heron at Limpley Stoke Autumn 2013. He had just caught a fish.

Wessex Water - our local water distribution and water waste remediation company - have the honour of having set up the first corporate initiative of its kind based on the UK Biodiversity Action Plan. Amongst other things they provide funding for projects carried out by wildlife organisations, work to minimise the environmental impact of any work they do such as building new sewage treatment works and carrying out environmental assessments to enhance biodiversity on their sites. To find out more about what they do, click here. 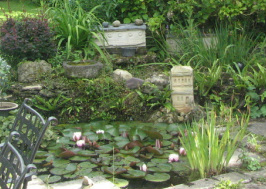 The following is from the Pond Conservation website ( see link below )
What is the Million Ponds Project?The Million Ponds Project will create an extensive network of new ponds across the UK. Ultimately the aim is to reverse a century of pond loss, ensuring that once again the UK has over one million countryside ponds.

A critical element of the project is that these new ponds will have clean water. This is important because most countryside ponds are now badly damaged by pollution, and evidence shows that pond wildlife is declining across the UK. Making clean new ponds is one of the simplest and most effective ways to protect freshwater wildlife.

The Million Ponds Project is a collaboration of partners, including major landowners and land managers, led and coordinated by Pond Conservation.

Find more information on why clean water ponds are important, and how to make them in the Pond Creation Toolkit.

Pondlife
Selection from articles by  Gez Rideout a local resident

We have a large pond in our garden and so we have been monitoring the wildlife throughout the last couple of years and as well as the more common wildlife species, we have had some quite interesting visitors.

Back last month, just as it was getting dark, we heard lots of croaking and splashing and the next day four balls of frogspawn appeared.  These will be from frogs as toadspawn is in “strings” and toads tend to prefer larger and deeper ponds.  We were amazed to see spawn so early in the year and in such cold temperatures.  Frogs are amphibious and are widely known as exceptional jumpers, and many of the anotomical characteristics of frogs, particularly their long, powerful legs, are adaptations to improve jumping performance. A female generally lays spawn containing thousands of eggs.  They typically lay these eggs  in shallow stillwater, and their larve - tadpoles - have gills and develop in water. From hatching to frog development typically takes 6 to 8 weeks, but this can be a lot faster if the water temperature rises in hot weather.  Frogs are secretive little critters but are mostly given away by their call, which can be mainly heard during their  mating season – hence the racket they were recently making!  Frogs can live up to 15 years, but 6-8 is more typical.

Another recent but more unusual visitor has been a hobby.  This is a kestrel-sized very swift falcon with long, narrow wings that specialise in being superb aerialists. They can reach speeds approaching 100mph.  Although they will take prey on the ground if the opportunity presents itself, most prey is caught on the wing.  Even swifts and swallows often cannot outpace or out-manoeuver a hobby and fall foul of their agility and speed.  They are particularly fond of dragonflies and so hence its liking for our pond.  The best times to see them are late in the evening on summer days and close to water is always an advantage.  They have large amounts of dark slaty grey plumage and the underside usually has lengthwise black streaks. The tails are dark or have slight banding.  They arrive in the UK from April onwards and generally leave in late autumn.

Record the wild brown trout (Salmo trutta) nests, or 'redds' on the rivers of Wiltshire.The abundance of these redds tell us about the population of spawning trout and about the quality of our rivers.
Yes there is a group dedicated to doing just this. Perhaps this is your special calling? Please let us know if you take it up.  See link below.

To Jacob Harper for research for this page and water species pages.