We have launched a COMMUNITY BIODIVERSITY CHAMPION AWARD for those who achieve something  exceptional within their sphere of influence toward improving local biodiversity.
AWARD No 6 GOES TO  The Balsam Be Gone! team. ​
Himalayan Balsam has rapidly spread along the banks of our local rivers and streams. The aggressive seed dispersal by Balsam allows it to outcompete native plants. The balsam also promotes river bank erosion due to the plant dying back over winter, leaving the bank unprotected from flooding. All of this reduces native species. Sue Field of Westwood decided that to recruit a group of friends to do something about this. The end result was a team of 20 people recruited from Bradford on Avon, Westwood and Freshford clearing Balsam along the river Avon from Freshford Mill to the Avon and thence on up to Avoncliff.
The  plants were duly removed (gently but firmly so as to take all of the root with them). No-one is kidding  themselves that this has now solved our local problem but a highly significant start has been made this year.
​
The Photo below  shows some of the team assembled and also inset is Jonelle  of Freshford asked by Sue to pick up the award on behalf of the team. Jonelle was the teams press officer and is photographed in front of the Galleries shop who gave support along with   The Freshford Inn and Cross Guns at Avoncliff . 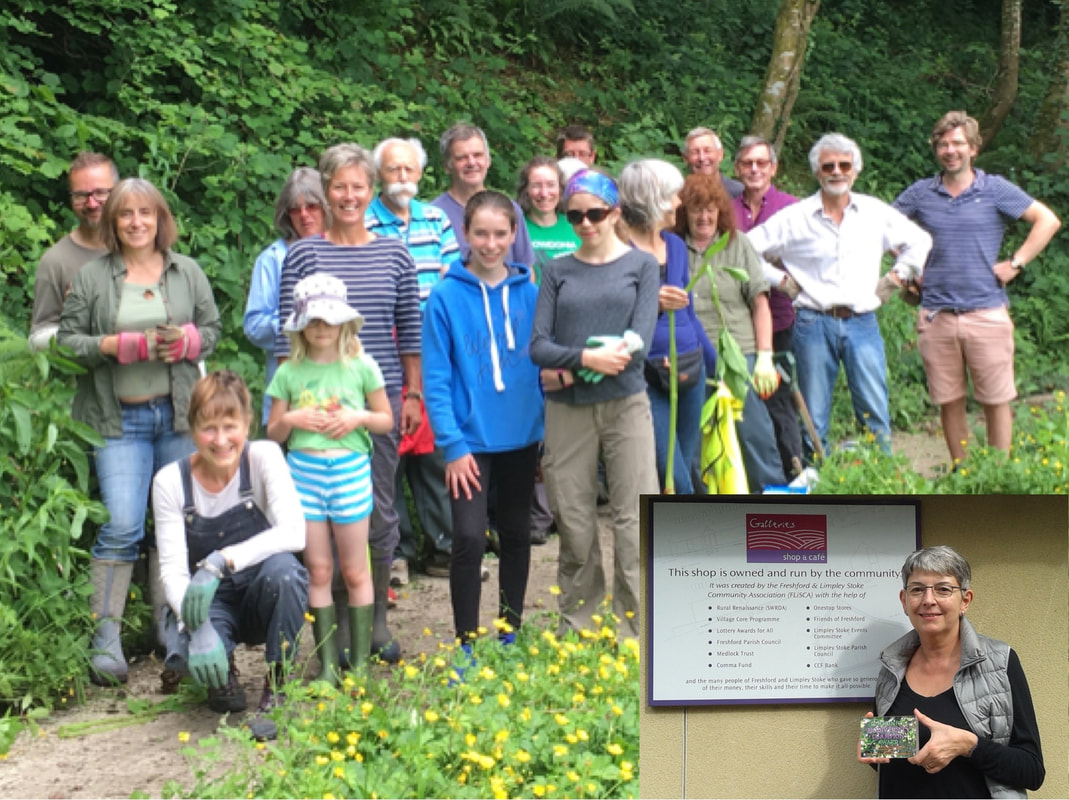 AWARD No 5 GOES TO  a group of Murhill residents who started a constructive dialogue with Network Rail relating to station lighting for a major platform extension. FLEWG members were extremely  impressed by the research and analysis that the Murhill representatives had undertaken and the constructive dialogue that then resulted due to their diligent and positive approach. Network Rail  produced a list of revisions and improvements to their plans. The award therefore goes to the Murhill team with some credit to Network Rail for the positive response.
​
​The photo below  shows FLEWG members Penny, Maryann along with Tom our chair having just handed over the award to Andrew Barrs one of the Murhill leaders. 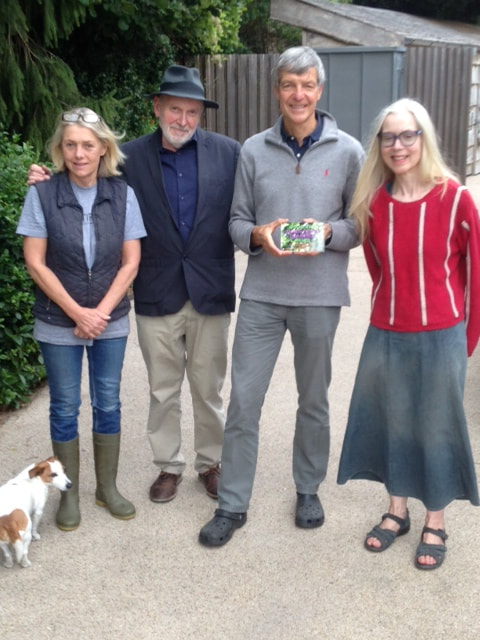 AWARD No.4 GOES TO  - Freshford Primary School For all the great work they do in including environment and biodiversity issues in their work, allowing swift boxes at the school and in particular for the incredible effort by children staff and parents to plant over 1000 trees in one day on a hillside above the school during Autumn 2017. See photo below. 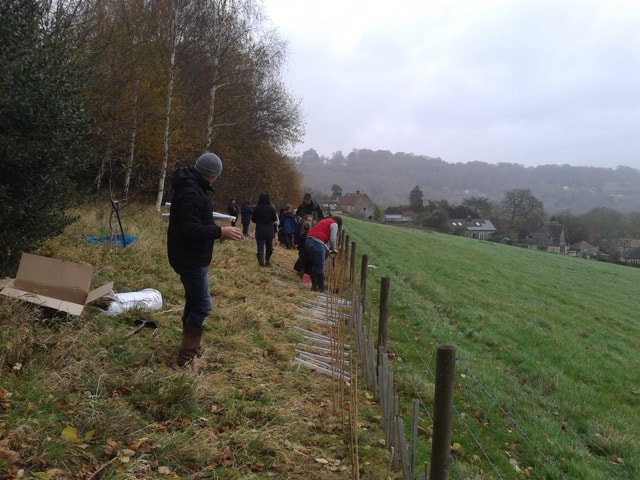 AWARD No.3 GOES TO  - The Stephen and Gitte Dawson
The picture  was taken as the award was presented on a wildlife walk to see the orchids in the field June 2017. (Gitte is not in the photo.) 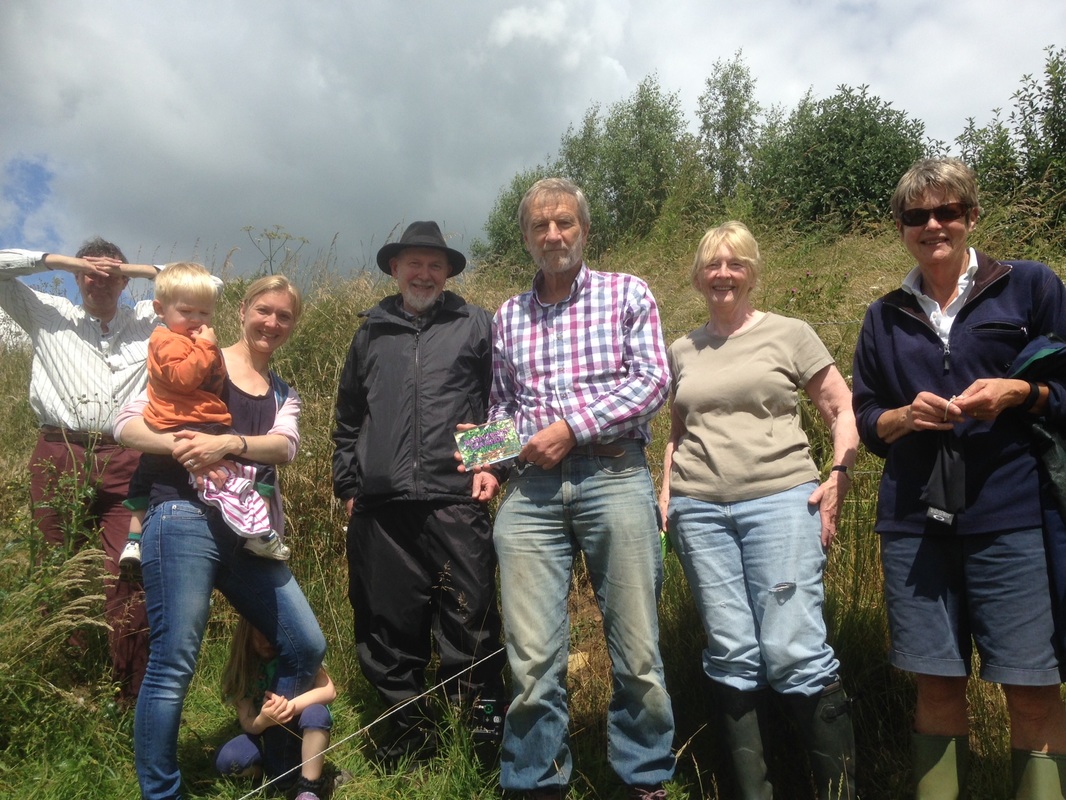 Stephen and Gitte are recognised for the  work in protecting areas of the Galleries field for wildflowers and their wonderful generosity of spirit in preliminary discussions with Avon Wildlife Trust for future protection of the field as a wildflower reserve.
AWARD No.2 GOES TO  - The Hop Pole Inn team 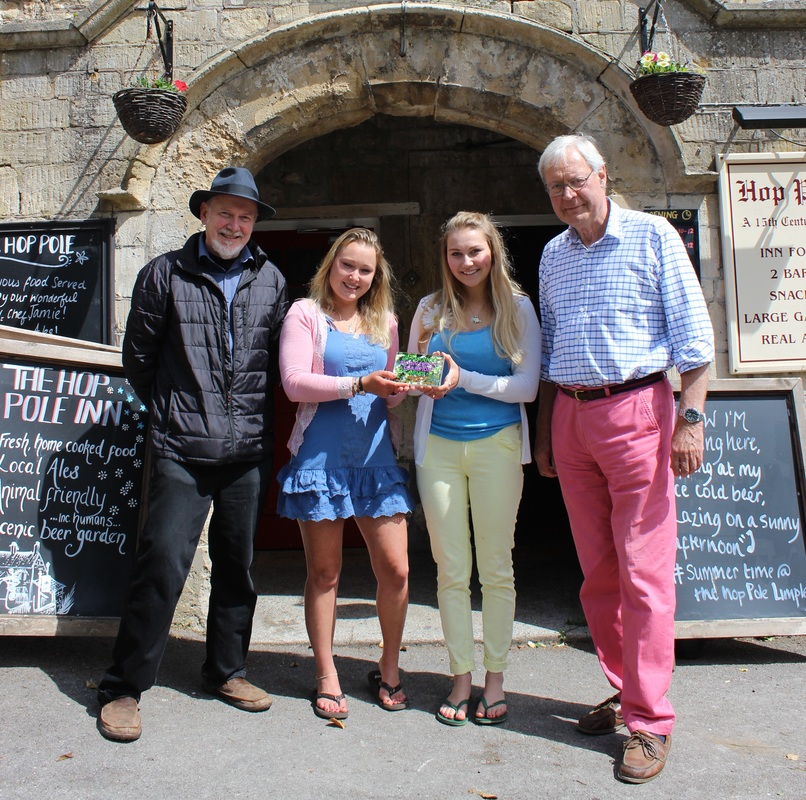 L-R Tom Harper FLEWG, Charlotte Mason, Lily Moffat, and David Gwyther who formally presented the award as an Environment rep. for Limply Stoke Parish Council
Charlotte Mason and Lily Moffatt were managers at the Hop Pole both hold a BSc in Applied Zoology and a FdSc in Wildlife, Education and Media.  What better then than to turn the garden at the Hop Pole into an education centre for wildlife! Sadly they have since moved on..we wish them well.
AWARD No.1 GOES TO GEZ & HEATHER RIDEOUT FRESHFORD 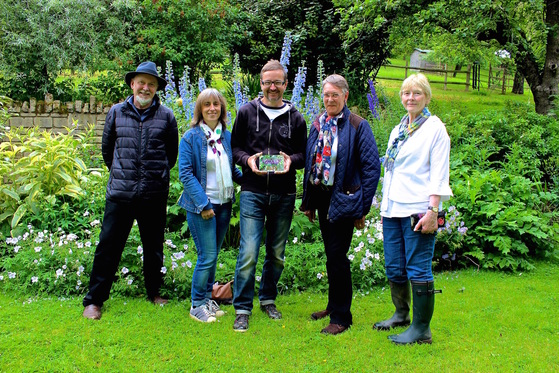 L-R - Tom Harper FLEWG Chair, Heather & Gez Rideout, Jean Hawker environment rep. for Freshford Parish Council who presented the award, and Julie Fitzgerald FLEWG
FLEWG were delighted to award Jez and Heather the very  first of their BIODIVERSITY CHAMPION AWARDS at the June 2015 village fete  for their considerable contribution to community biodiversity. Jean Hawker, the environment representative for Freshford Parish Council, kindly handed over the trophy in lending support for this pioneering local awards scheme.
The award is primarily for Gez and Heather's introduction of a very large pond to their property but also for numerous other initiatives around  garden including: wildflower garden, bat boxes, owl box, swift boxes, hedgehog feeding post and toad hides. CONGRATULATIONS GEZ AND HEATHER!